Which of my children should I use as my password? 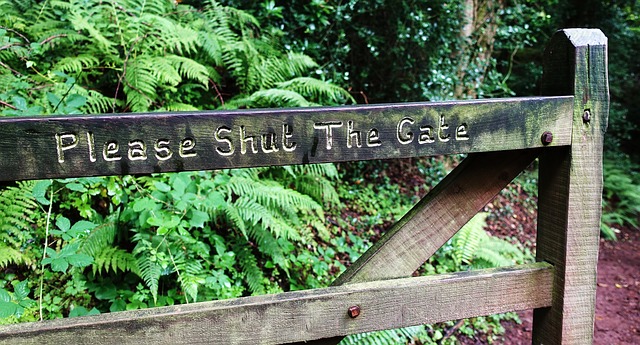 This may look like it’s going to be one of those really short articles, because we all know what a password is for, right?  Well, I’m not sure we do.  Or, more accurately, I’m not sure that the answer is always the same, or has always been the same, so I think it’s worth spending some time looking at what passwords are used for, particularly as I’ve just seen (another) set of articles espousing the view that either a) passwords are dead; or b) multi-factor authentication is dead, and passwords are here to stay.

Passwords (or, as Wikipedia points out, “watchwords”) have been used in military contexts for centuries.  If you wish to pass the guard, you need to give them a word or phrase that matches what they’re expecting (“Who goes there?” “Friend” doesn’t really cut it).  Sometimes there’s a challenge and response, which allows both parties to have some level of assurance that they’re on the same side.  Whether one party is involved, or two, this is an authentication process – one side is verifying the identity of another.

Actually, it’s not quite that simple.  One side is verifying that the other party is a member of a group of people who have a particular set of knowledge (the password) in order to authorise them access to a particular area (that is being guarded).  Anyone without the password is assumed not to be in that group, and will be denied access (and may also be subject to other measures).

Let’s step forward to the first computer recorded as having had a password.  This was the Compatible Time-Sharing System (CTSS) at MIT around 1961, and its name gives you a clue as to the reason it needed a password: different people could use the computer at the same time, so it was necessary to provide a way to identify them and the jobs they were running.

Here, the reason for having a password seems a little different to our first use case.  Authentication is there not to deny or allow access to a physical area – or even a virtual area – but to allow one party to discriminate[1] between different parties.

I have no knowledge of how military uses of passwords developed, other than to note that by 1983, use of passwords on military systems was well-known enough to make it into the film[2] Wargames.  Here, the use of a password is much closer to our earlier example: though the area is virtual, the idea is to restrict access to it based on a verification of the party logging on.  There are two differences, however:

Now, it’s not clear whether the particular account is hardwired to the telephone number that’s called in the film, but there are clearly different accounts for different users.  This is what you’d expect for a system where you have different users with different types of access.

It’s worth noting that there’s no sign that the school computer accessed in Wargames has multiple users: it seems that logging in at all gives you access to a single account – which is why auditing the system to spot unauthorised usage is, well, problematic.  The school system is also more about access to data and the ability to change it, rather than specific processes[3 – SPOILER ALERT].

In the first few decades of computing, most systems were arguably mainly occupied with creating or manipulating data associated with the organisations that owned it[4].  That could be sales data, stock data, logistics data, design data, or personnel data, for instance.  It then also started to be intellectual property data such as legal documents, patent applications and the texts of books.  Passwords allowed the owners of the systems to decide who should have access to that data, and the processes to make changes.  And then something new happened.

People started getting their own computers.  You could do your own accounts on them, write your own books.  As long at they weren’t connected to any sort of network, the only passwords you really needed were to stop your family from accessing and changing data that wasn’t theirs.  What got really interesting, though, was when those computers started getting connected to networks, which meant that they could talk to other computers, and other computers could talk to them.  People started getting involved in chatrooms and shared spaces, and putting their views and opinions on them.

It turns out (and this should be of little surprise to regular readers of this blog) that not all people are good people.  Some of them are bad.  Some of them, given the chance, would pretend to be other people, and misrepresent their views.  Passwords were needed to allow you to protect your identity in a particular area, as well as to decide who was allowed into that area in the first place.  This is new: this is about protection of the party associated with the password, rather than the party whose resources are being used.

What does the phrase above, “protect your identity” really mean, though?  What is your identity?  It’s data that you’ve created, and, increasingly, data that’s been created about you, and is associated with that data.  That may be tax accounts data that you’ve generated for your own use, but it may equally well be your bank balance – and the ability to pay and receive money from and to an account.  It may be your exercise data, your general health data, your fertility cycle, the assignments you’ve written for your university course, your novel or pictures of your family.  Whereas passwords used to be to protect data associated with an organisation, they’re now increasingly to protect data associated with us, and that’s  a big change.  We don’t always have control over that data – GDPR and similar legal instruments are attempts to help with that problem – but each password that is leaked gives away a bit of our identity.  Sometimes being able to change that data is what is valuable – think of a bank account – sometimes just having access to it – think of your criminal record[5] – is enough, but control over that access is important to us, and not just the organisations that with which we interact.

This is part of the reason that ideas such as self-sovereign identity (where you get to decide who sees what of the data associated with you) are of interest to many people, of course, but they are likely to use passwords, too (at least as one method of authentication).  Neither am I arguing that passwords are a bad thing – they’re easy to understand, and people know how to use them – but I think it’s important for us to realise that they’re not performing the task they were originally intended to fulfil – or even the task they were first used for in a computing context.  There’s a responsibility on the security community to educate people about why they need to be in control of their passwords (or other authentication mechanisms), rather than relying on those who provide services to us to care about them.  In the end, it’s our data, and we’re the ones who need to care.

Now, which of my children should I use as my password: Joshua or Rache…?[6]

1 – that is “tell the difference”, rather than make prejudice-based choices.

3 – such as, say, the ability to start a global thermonuclear war.

5 – sorry – obviously nobody who reads this blog has ever run a red light.