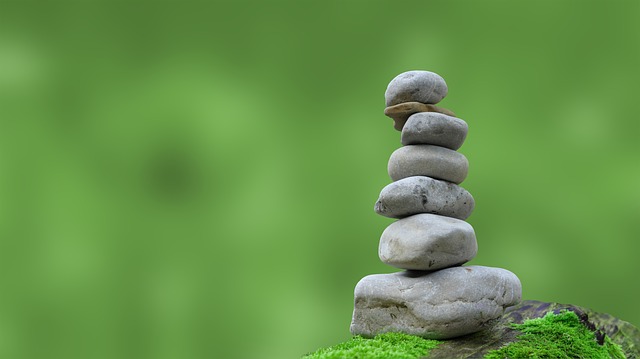 A few months ago, in an article called “Turtles – and chains of trust“, I briefly mentioned Trusted Compute Bases, or TCBs, but then didn’t go any deeper.  I had a bit of a search across the articles on this blog, and realised that I’ve never gone into this topic in much detail, which feels like a mistake, so I’m going to do it now.

First of all, let’s think about computer systems.  When I talk about systems, I’m being both quite specific (see Systems security – why it matters) and quite broad (I don’t just mean computer that sits on your desk or in a data centre, but include phones, routers, aircraft navigation devices – pretty much anything that has a set of chips inside it).  There are surely some systems that you don’t rely on too much to do important things, but in most cases, you’re going to care if they go wrong, or, more relevant to this discussion, if they get compromised.  Even the most benign of systems – a smart light-bulb, for instance – can become a nightmare if compromised.  Even if you don’t particularly care whether you can continue to use it in the way it was intended, there are still worries about its misuse in the case of compromise:

For any systems dealing with sensitive data – anything from your messages to loved ones on your phone through intellectual property secrets for a manufacturing organisation through to National Security data for government department – these issues are compounded.  In order to protect your system, you can’t just say “this system is secure” (lovely as that would be).  What can you do to start making statement about the general security of a system?

Systems consist of multiple components, and modern computing systems are typically composed from multiple layers (one of my favourite xkcd comics, Stack, shows some of them).  What’s relevant from the point of view of this article is that, on the whole, the different layers of the stack start up – boot up – from the bottom upwards.  This means, following the “bottom turtle” rule (see the Turtles article referenced above), that we need to ensure that the bottom layer is as secure as possible.  In fact, in order to build a system in which we can have assurance that it will behave as expected and designed (in other words, a system in which we can have a trust relationship), we need to build a Trusted Compute Base.  This should have at least the following set of properties: tamper-evidence, auditability and measurability, all of which are related to each other.

We want to know if the TCB – on which we are building everything else – has a problem.  Specifically, we need a set of layers or components that we are pretty sure have not been compromised, or which, if compromised, will be tamper-evident:

It turns out that this is not easy, and typically becomes more difficult as you move up the stack – partly because you’re adding more layers, and partly because those layers tend to get more complex.

Our TCB should have the properties listed above (around failure, refusing to start or compromise-flagging), and be as small as possible.  This seems the wrong way around: surely you would want to ensure that as much of your system was trusted as possible?  In fact, what you want is a small, easily measurable and easily auditable TCB on which you can build the rest of your system – from which you can build a “chain of trust” to the other parts of your system about which you care.  Auditability and measurability are the other two properties that you want in a TCB, and these two properties are why open source is a very useful tool in your toolkit when building a TCB.

Auditability means that you – or someone else who you trust to do the job – can look into the various components of the TCB and assure yourself that they have been written, compiled and  are executing properly.  As I explained in Of projects, products and (security) community, the person may not always be you, or even someone in your organisation, but if you’re using widely deployed open source software, the rest of the community can be doing that auditing for you, which is a win for you and – if you contribute your knowledge back into the community – for everybody else as well.

Auditability typically gets harder the further you go down the stack – partly because you’re getting closer and closer to bits – ones and zeros – and to actual electrons, and partly because there is very little truly open source hardware out there at the moment.  However, the more that we can see and audit of the TCB, the more confidence we can have in it as a building block for the rest of our system.

The other thing you want to be able to do is ensure that your TCB really is your TCB.  Tamper-evidence is related to this, but that’s a run-time property only (for software components, at least).  Being able to measure when you provision your system and then to check that what you originally loaded is still what you think it should be when you boot it is a very important property of a TCB.  If what you’re running is open source, you can check it yourself, against your own measurements and those of the community, and if changes are made – by you or others – those changes can be checked (as part of auditing) and then propagated through measurement checking to the rest of the community.  Equally important – and much more difficult – is run-time measurability.  This turns out to be very difficult to do, although there are some techniques emerging which are beginning to get traction – for now, we tend to rely on tamper-evidence, which is easier in hardware than software.

Trusted Compute Bases (TCBs) are a key concept in building systems that we hope will behave in ways we expect – or allow us to find out when they are not.  Tamper-evidence, auditability and measurability are three important properties that they should display, and it turns out that open source is an important factor in helping us ensure two of those.

One thought on “What’s a Trusted Compute Base?”