We tend to think of data as, well, binary 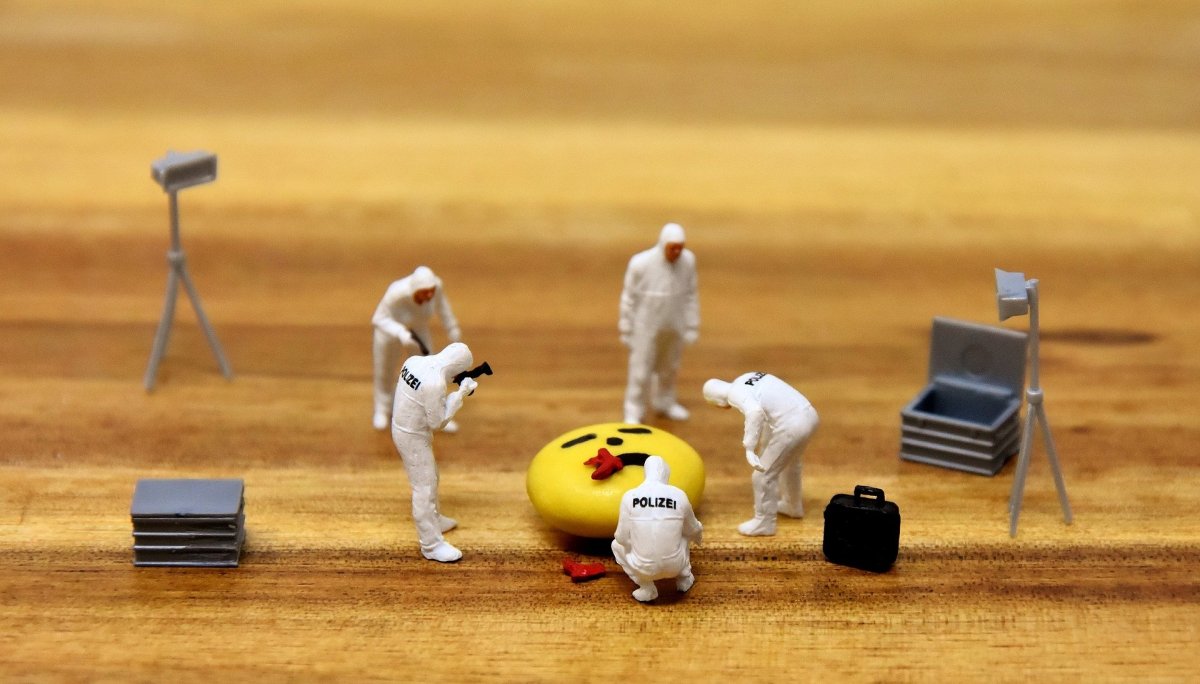 Bias – particularly unintentional bias – is interesting, as I’ve noted before in my article Trust you? I can’t trust myself. The Guardian published an interesting report recently on bias in the field of digital forensics which is not, as you might expect, a discussion on algorithmic bias AI/ML (a problem which is a major concern in criminal profiling and even sentencing), but actually about the people performing digital forensics.

The story is based on a (“soon to be published”) study which basically found that, presented with the same data set (a hard drive, presumably with logging and system information on it), digital forensics researchers were more likely to find incriminating information on it when they were told that the drive’s owner had already confessed or was likely to be guilty than if they were considered innocent.

This sounds horrifying and, on first consideration, very surprising, but if the raw data put in front of people were a police interview transcript, I think that many of us would be less surprised by such a result. We know that we read words and sentences differently based on our assumptions and biases (just look at research on candidate success for CVs/resumes where the name of the candidate is clearly male versus female, or suggests a particular ethnic group or religious affiliation), and we are even familiar scientific evidence being debated by experts in court. So why are we surprised by the same result when considering data on a hard drive?

I think the answer is that we tend to think of data as, well, binary: it’s either one thing or it’s not. That’s true, of course (quantum effects aside), but data still needs to be found, considered and put into context in order to be useful: it needs to be turned into information. Hopefully, an AI/ML system applied to the same data multiple times would extract the same information but, as noted above, we can’t be sure that there’s no bias inherent in the AI/ML model already. The process of informationising the data, if you will, moves from deterministic ones and zeroes to information via processes (“algorithms”, if you will) which are complex and provide ample opportunity for for the humans carrying them out (or training the AI/ML models which will carry them out) to introduce bias.

This means that digital forensics experts need training to try to expose their own unconscious bias(es!) in just the same way that experts in other types of evidence do. Humans bring their flaws and imperfections to every field of endeavour, and digital forensics is no different. In fact, in my view, the realisation that digital forensics, as a discipline, is messy and complex is a positive step on the way to its maturing as a field of study and taking its place in set of tools available to criminal investigators, technical auditors and beyond.

Our laptop is a key tool that we tend to keep with us.

I do quite a lot of travel, and although I had a quiet month or two over the summer, I’ve got several trips booked over the next few months.  For many of us, our laptop is a key tool that we tend to keep with us, and most of us will have sensitive material of some type on our laptops, whether it’s internal emails, customer, partner or competitive information, patent information, details of internal processes, strategic documents or keys and tools for accessing our internal network.  I decided to provide a few tips around security and your laptop[1]. Of course, a laptop presents lots of opportunities for attackers – of various types.  Before we go any further, let’s think about some of the types of attacker you might be worrying about.  The extent to which you need to be paranoid will depend somewhat on what attackers you’re most concerned about.

Here are some types of attackers that spring to my mind: bear in mind that there may be overlap, and that different individuals may take on different roles in different situations.

Are there more things you can do?  Yes, of course.  But all of the above are simple ways to reduce the chance that you or your laptop are at risk from

1 – After a recent blog post, a colleague emailed me with a criticism.  It was well-intentioned, and I took it as such.  The comment he made was that although he enjoys my articles, he would prefer it if there were more suggestions on how to act, or things to do.  I had a think about it, and decided that this was entirely apt, so this week, I’m going to provide some thoughts and some suggestions this week.  I can’t promise to be consistent in meeting this aim, but this is at least a start.

2 – edited: I did have “hibernate” mode in here as well, but a colleague pointed out that hibernate should force disk encryption, so should be safer than suspend.  I never use either, as booting from cold is usually so quick these days.

I ended up reporting a possible breach of data. My data 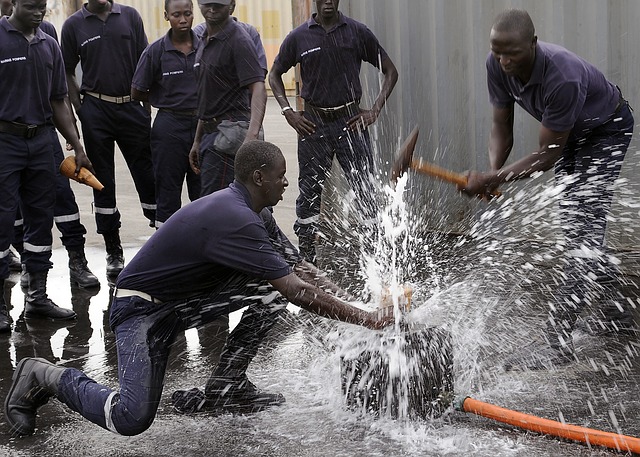 Since the first appearance of GDPR[1], I’ve strenuously avoided any direct interaction with it if at all possible.  In particular, I’ve been careful to ensure that nobody is under any illusion that my role involves any responsibility for our company’s implementation of GDPR.  In this I have been largely successful.  I say largely, because the people who send spam don’t seem to have noticed[2]: I suspect that anybody with the word “security” in their title has had a similar experience.

Of course, I have a decent idea what GDPR is supposed to be about: making sure that data that organisations hold about people is only used as it should be, is kept up to date, and that people can find out what exactly what information relating to them exactly is held[3].

This week, I got more involved GDPR than I’d expected: I ended up reporting a possible breach of data.  My data.  As it happens, my experience with the process was pretty good: so good, in fact, that I think it’s worth giving it as an example.

A bit of scene-setting.  I live in the UK, which is (curently[4]) in the EU, and which means that, like pretty much all companies and organisations here, it is subject to the GDPR.  Last week, I had occasion to email a department within local government about an issue around services in my area.  Their website had suggested that they’d get back to me within 21 days or so, so I was slightly (and pleasantly) surprised when they replied within 5.

The email started so well: the title referred to the village in which I live.

It went downhill from there.  “Dear Mr Benedict[5]”, it ran.  I should be clear that I had used my actual name (which is not Benedict) for the purposes of this enquiry, so this was something of a surprise.  “Oh, well,” I thought to myself, “they’ve failed to mail merge the name field properly.” I read on.  “Here is the information you have requested about Ambridge…[5][6]”.  I do not live in Ambridge.  So far, this was just annoying: clearly the department had responded to the wrong query.  But it got worse.  “In particular regards to your residence, Willow Farm, Ambridge…[5]”

The department had sent me information which allowed me to identify Mr Benedict and his place of residence.  They had also failed to send me the information that I had requested.  What worried me more was that this might well not be an isolated event.  There was every chance that my name and address details had been sent to somebody else, and even that there was a cascade effect of private details being sent to email address after email address.  I mentioned this in annoyance to my wife – and she was the one to point out that it was a likely breach of GDPR.  “You should report it,” she said.

So I went to the local government office website and had a quick look around it.  Nothing obvious for reporting GDPR breaches.  I phoned the main number and got through to enquiries.  “I’d like to report a possible data breach, please,” I said.  “Could you put me through to whoever covers GDPR?”

To be honest, this was where I thought it would all go wrong.  It didn’t.  The person on the enquiries desk asked for more information.  I explained what department it was, about the email, and the fact that somebody else’s details had been exposed to me, I strongly suspected in breach of GDPR.

“Let me just see if I can find someone in our data team,” she said, and put me on hold.

I don’t know if you’ve ever been put on hold by someone in a local government office, but it’s rarely an event that should be greeted with rejoicing.  I prepared myself for a long wait, and was surprised when I was put through to someone fairly quickly.

The man to whom I spoke knew what he was doing.  In fact, he did an excellent job.  He took my details, he took details of the possible breach, he reassured me that this would be investigated.  He was polite, and seemed keen to get to the bottom of the affair.  He also immediately grasped what the problem was, and agreed that it needed to be investigated.  I’m not sure whether I was the first person ever to call up and so this was an adrenaline-fuelled roller coaster ride into uncharted territory[8] for him, or whether this was a routine conversation in the office, but he pitched his questions and responses at exactly the right level.  I offered to forward the relevant email to him so that he had the data himself.  He accepted.  The last point was the one that impressed me the most.  “Could you please delete the email from your system?” he asked.  This was absolutely the right request.  I agreed and did so.

And how slowly do the wheels of local government grind?  How long would it take me to get a response to my query?

I received a response the next day, from the department concerned.  They assured me that this was a one-off problem, that my personal data had not been compromised, and that there had not been a widespread breach, as I had feared.  They even sent me the information I had initially requested.

My conclusions from this?  They’re two-fold:

1 – General Data Protection Regulation, wouldn’t it be more fun if it were something like “Good Dogs Pee Regularly?”

2 – though GDPR does seem to have reduced the amount of spam, I think.

3 – if you’re looking for more information, I did write an article about this on Opensource.com earlier this year: Being open about data privacy.

5 – I’ve changed this information, for reasons which I hope are obvious.

7 – if you get this, then you either live in the UK (and probably listen to Radio 4), or you’re a serious Anglophile.

8 – hopefully not so uncharted for the designers and builders of the metaphorical roller coaster.